Dementia is a term used to describe various conditions which are characterized by a loss of cognitive function. The syndrome is caused by a variety of brain illnesses that affect memory, thinking, behavior and the ability to perform everyday activities. While Alzheimer’s and vascular dementia are among the most common and widely known forms of the condition, there are over a hundred types of dementia which differ not only in their causes but also in terms of pathology and care.

In this article, we have assembled a list of various types of dementia in an effort to explain the causes, risk factors, symptoms and warning signs of each condition. Continue reading to learn more.

Vascular dementia is a common form of dementia that is caused by conditions that block or reduce blood flow to the brain, depriving brain cells of oxygen and nutrients. Inadequate blood flow causes damage to the body’s cells and, if left unchecked, cell death. The brain has one of the body’s richest networks of blood vessels and is especially vulnerable to damage from lack of blood flow.

Changes in cognitive abilities sometimes occur suddenly following strokes that block major brain blood vessels, though cognitive difficulties may begin as mild changes that worsen gradually over time as a result of multiple minor strokes or other conditions that affect blood flow. This can result in cumulative damage over time, which may not be apparent or noticeable in its early stages.

A large and continually growing number of specialists and experts in the field of neurology prefer the term vascular cognitive impairment, as it better conveys the concept that cognitive changes due to the condition can range from mild to severe.

By making healthy choices such as diet, exercise, ceasing the use of tobacco etc. you may be able to minimize the risk of developing, or exacerbating the symptoms vascular dementia

According to the National Institute of Neurological Diseases and Stroke, “Creutzfeldt-Jakob disease (CJD) is a rare, degenerative, fatal brain disorder.  It affects about one person in every one million per year worldwide; in the United States there are about 350 cases per year.  CJD usually appears in later life and runs a rapid course. Typical onset of symptoms occurs at about age 60, and about 70 percent of individuals die within one year.  In the early stages of the disease, people may have failing memory, behavioral changes, lack of coordination, and visual disturbances. As the illness progresses, mental deterioration becomes pronounced and involuntary movements, blindness, weakness of extremities, and coma may occur.”

Although serious, CJD is very rare. Worldwide, there is an estimated one case of CJD diagnosed per million people each year, most often in older adults. Creutzfeldt-Jakob disease presents with rapid mental deterioration, usually within a few months.

Initial signs and symptoms typically include:

As the disease progresses, mental symptoms worsen. Most people eventually lapse into a coma. Heart failure, respiratory failure, pneumonia or other infections are generally the cause of death. Death usually occurs within a year.

Creutzfeldt-Jakob disease and other related conditions belong to a broad group of diseases known as transmissible spongiform encephalopathies (TSEs). The term derives from the microscopic spongy holes that develop in affected brain tissue.

The cause of Creutzfeldt-Jakob disease and other TSEs appears to be abnormal versions of a kind of protein called a prion. Normally these proteins are harmless. But when they’re misshapen, they become infectious and can harm normal biological processes.

Risk Factors for CJD include:

There is no known way to prevent sporadic CJD. If you have a family history of neurological disease, it may be wise to consult with a genetics counselor, who can help you sort through the risks associated with your situation.

Most cases of Korsakoff syndrome result from alcohol misuse. Scientists don’t yet know why heavy drinking causes severe thiamine deficiency in some alcoholics, while others may be affected primarily by alcohol’s effects on the liver, stomach, heart, intestines or other body systems

Korsakoff syndrome may sometimes be associated with disorders other than alcohol misuse, including anorexia, overly stringent dieting, fasting, starvation or weight-loss surgery; uncontrolled vomiting; AIDS; kidney dialysis; chronic infection; or cancer that has spread throughout the body.”

Without treatment, Wernicke-Korsakoff syndrome steadily worsens, and can become life threatening. With treatment, it is possible to control symptoms (such as uncoordinated movement and vision difficulties). This disorder can also be slowed or stopped with proper care.

Abstaining from alcohol or drinking in moderation, and maintaining proper nutrition reduce the risk of developing Wernicke-Korsakoff syndrome. If a heavy drinker will not quit, thiamine supplements and a good diet may reduce the chance of getting this condition, but the risk is not eliminated.

Alzheimer’s disease is the most commonly diagnosed dementia-related condition. According to the Alzheimer’s Association website, alz.org:

“An estimated 5.7 million Americans of all ages are living with Alzheimer’s dementia in 2018. This number includes an estimated 5.5 million people age 65 and older and approximately 200,000 individuals under age 65 who have younger-onset Alzheimer’s.”

Although scientists and doctors do not fully understand what causes Alzheimer’s disease at the present time, they do know that there is likely not one single cause but a combination of multiple contributing factors that can affect each person differently.

These factors may include:

There is also a growing body of evidence showing that some of the risk factors for heart disease and strokes, such as high blood pressure and high cholesterol may also contribute to an increased risk of Alzheimer’s disease.

The human brain has 100 billion neurons. Each neuron is tasked with connecting with many others to form communication networks. Different groups of nerve cells in the brain all perform a unique function. Some are involved in memory and cognition. Others regulate the senses and help us to see, hear, and smell.

Scientists believe Alzheimer’s disease renders cells unable to perform these important functions. And much like a factory, backups and breakdowns in one system or network may inevitably cause problems in other areas. As damage spreads, cells lose their ability to do their jobs and eventually die, causing irreversible changes in the brain.

Adult-onset Huntington disease is the most common form of this disorder. It usually appears in a person’s thirties or forties. Early signs and symptoms can include:

According to the U.S. National Library of Medicine:

“Mutations in the HTT gene cause Huntington disease. The HTT gene provides instructions for making a protein called huntingtin. Although the function of this protein is unknown, it appears to play an important role in nerve cells (neurons) in the brain.

An increase in the size of the CAG segment leads to the production of an abnormally long version of the huntingtin protein. The elongated protein is cut into smaller, toxic fragments that bind together and accumulate in neurons, disrupting the normal functions of these cells. The dysfunction and eventual death of neurons in certain areas of the brain underlie the signs and symptoms of Huntington disease”

People with this disorder also experience changes in personality and a decline in cognitive abilities. Individuals with the adult-onset form of Huntington disease usually live about 15 to 20 years after signs and symptoms begin.

DLB (dementia with Lewy bodies) is a condition that causes changes in thinking, behavior, and movement. DLB usually starts with thinking and behavior changes that are followed by problems with movement. The movement problems in DLB are similar to those seen in people with more classical Parkinson’s disease.

The cause of DLB is still unknown, however, scientists know that in DLB there is a large build-up of a protein called alpha synuclein. Some of these clusters are called Lewy bodies. Alpha synuclein occurs normally in the brain, but we do not yet understand what causes it to build up in large amounts. Lewy bodies are also seen in Parkinson’s disease. As more and more proteins clump in the nerve cells, the cells lose their ability to function and eventually die. This causes the affected parts of the brain to shrink.

“The brain changes caused by Parkinson’s disease begin in a region that plays a key role in movement, leading to early symptoms that include tremors and shakiness, muscle stiffness, a shuffling step, stooped posture, difficulty initiating movement and lack of facial expression. As brain changes caused by Parkinson’s gradually spread, they often begin to affect mental functions, including memory and the ability to pay attention, make sound judgments and plan the steps needed to complete a task.

The key brain changes linked to Parkinson’s disease and Parkinson’s disease dementia are abnormal microscopic deposits composed chiefly of alpha-synuclein, a protein found widely in the brain with a normal function not yet known. The deposits are called “Lewy bodies” after Frederick H. Lewy, M.D., the neurologist who discovered them while working in Dr. Alois Alzheimer’s laboratory during the early 1900s.

According to the Alzheimer Society of Calgary:

Posterior Cortical Atrophy (PCA) is a rare disorder where people lose the ability to interpret what they are looking at.  It is also called Progressive Visuospatial Dysfunction.

People who are affected by PCA slowly develop difficulty with visual skills. Common symptoms include:

As these symptoms progress, people with the condition usually develop a lack of attention and concentration as well as difficulty using objects correctly and carrying out basic tasks. Others may develop memory loss or other cognitive difficulties. Depression is another common symptom of PCA.

There are no medications for PCA, but sometimes Alzheimer’s medications can be tried. Depression related to PCA can also be treated with medications. People with PCA and their caregivers can often use strategies to help get around problems with visuospatial processing such as:

Occupational therapists can help minimize risk of tripping or running into things in the home. Additionally, resources for people with low vision or blindness might be useful despite the problem not being with the eyes in this case.

According to Johns Hopkins:

“Frontotemporal dementia is a group of disorders that occur when nerve cells in the frontal and temporal lobes of the brain are lost. This causes the lobes to shrink. FTD can affect behavior, personality, language, and movement.”

Frontotemporal dementia, unlike Alzheimer’s, often hits people in the prime of their lives, and can make them act like a completely different person. Most dementia conditions present primarily among elderly patients. FTD on the other hand, can strike young adults and those who are older. FTD affects both men and women equally.

The most common types of FTD are:

Researchers have not yet identified a single cause for this type of dementia, but they have some ideas. Some people’s brains develop abnormal protein structures, called Pick bodies.

Researchers have also identified abnormal proteins that may play a role. These proteins, found in brain cells of individuals who died with dementia, may affect how the brain works. Researchers don’t know why these proteins develop or how to prevent them.

However, not everyone with a family history will develop a problem. It’s also estimated that more than half of the individuals diagnosed with frontotemporal dementia don’t have a family history associated with the disease. 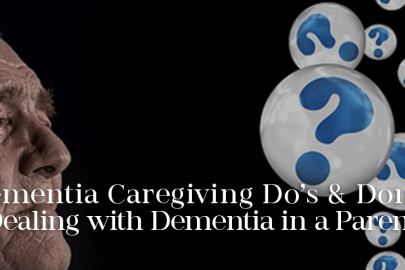 Dementia Caregiving Do’s & Don’t: Dealing with Dementia in a Parent 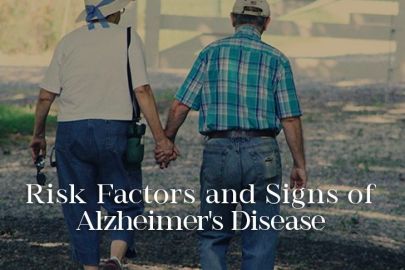